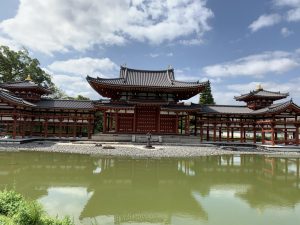 Today, I will introduce the attractions of Byodo-in Temple in Uji City, Kyoto Prefecture, which is located a little south of Kansai / Kyoto City, where many historically important cultural properties are built in Japan. 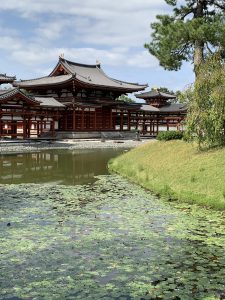 There are two ways to access Uji by train from Kansai / Osaka Station.

Both are the same number of transfers in an hour from Osaka Station.

Speaking of Uji in Kansai / Kyoto, it is famous throughout Japan for its Japanese tea (matcha), but another famous one is “Byodo-in Temple” 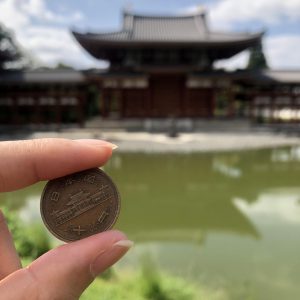 Byodo-in Temple was built more than 1000 years ago. At that time, Buddha disappeared and it is believed that the end will come 1000 years later, and in 1052, just 1000 years later, the power of the time moved to Kansai / Kyoto Prefecture Uji City by yearning for paradise Built.

Speaking of Byodo-in Temple, it is known to Japanese people as a pattern engraved on a 10-yen coin. 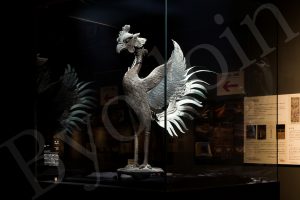 By the way, this Phoenix is used for the design of 10,000 yen bills, so please check it out.The two pairs of roof tiles, which is also the origin of the name of Phoenix Temple , is the second generation of the current one, and the first one is displayed in the adjacent museum (admission fee is included in the entrance fee of Byodo-in).

The beauty of Phoenix Temple will impress tourists from all over the world as well as Japanese people. 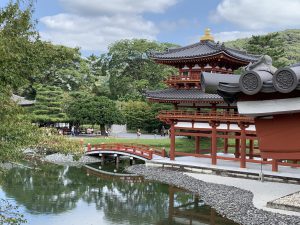 In addition, the Japanese garden of Byodo-in Temple is created with the image of the Buddhist world, and you can experience the beauty of different expressions in each of the four seasons in Japan.

Japan / Kansai will soon be the autumnal season, and the red Byodo-in Temple and the red autumn leaves of the Japanese garden will add to the beauty.

Every season, there is also a night light up, so you can see a fantastic Byodo-in Temple.

The door of the Byodo-in Temple was closed on this day, but fortunately, if the door is open, you can see the “Amida Nyorai statue” sitting on the front, and on a sunny day it is You will be moved to the pond and impressed by its beauty.

If you go to Byodo-in, I would like you to see the temple from various angles along with the Japanese garden.

The scenery from the front is of course the contrast with the lotus leaf, and you can feel the paradise of Japanese religious thought. 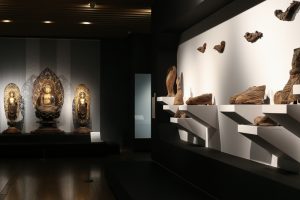 The museum in the facility displays valuable Buddha statues and materials from the first Phoenix and national treasure, so please take a look.

There are many materials and Buddha statues in the beautifully maintained hall, and you will surely be satisfied.

If you go to Kansai / Uji City, Kyoto, please visit the Byodo-in Temple, about a 15-minute walk from the station, before drinking Japanese tea (matcha).

* Inside of Phoenix Temple, 300 yen is required.

May 13 (Friday)-November 15 (Friday) will be suspended