Kansai, as you may know, Kansai is a collective name for the six prefectures of Osaka, Kyoto, Kobe, Shiga, Wakayama, and Nara.

In fact, Nara has a longer history than Kyoto, and in addition to ”Horyu-ji”” Temple, Japan’s first world heritage site, the streets of ”Kumano Kodo”” and Nara are registered, making it the number one of the world’s most World Heritage Sites in Japan.

A campaign has been announced to discount 30% of accommodation charges for foreign tourists visiting Kansai / Nara for sightseeing!

From September 20th, when the Rugby World Cup began, to January 31, 2020 (excluding the year-end and New Year holidays), a total budget of 100 million yen was secured.

Applicable to those who applied for “Agoda” on the hotel reservation site. The campaign will be held at approximately 100 facilities in Nara Prefecture that meet the requirements set by Kansai / Nara, including Wi-Fi and cashless payment.

Although the discount is 30% at the beginning, the discount rate varies from 10% to 50% because it ends with a budget of 100 million yen in Kansai / Nara Prefecture.

And this campaign is excluded for plans over 100,000 yen.

From Nara, you can go to Osaka and Kyoto in less than an hour by train, so it may be a good base to enjoy Kansai!

Kansai / Nara has Nara Park, which I love personally, after all!

In the vast Nara Park, there are a lot of deer foxes🦌 that have become accustomed to people, giving them time to heal.

In Nara Park, there is no other 24-hour entrance fee, and there is “Nigatsu-do” where you can visit freely, and behind that is the famous “Wakakusa-yama”.

“Wakakusayama” requires an entrance fee, but you can climb a beautifully maintained mountain in about 40 minutes one way, and from the mountain you can see the city of Nara in the ancient city. 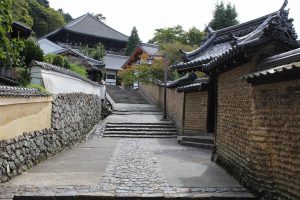 In the southwest of Nara Park, you can feel the nostalgic atmosphere of the old cityscape of Nara.

In addition, there are shops along the straight road from JR Nara Station to Nara Park. Among them, the famous “Yomogi-mochi” made with the high-speed mochi of “Nakatani-do”. 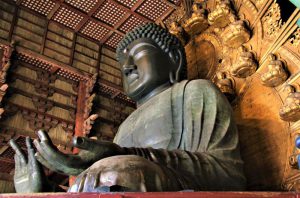 I think that you can enjoy a whole day just by going around Nara Park!

Why do not you enjoy the ancient city of Nara in Kansai using the accommodation fee campaign!