This time, Kansai will introduce Awaji Island, the largest island in the Seto Inland Sea of Hyogo Prefecture.

Awaji Island is a sightseeing spot I love about Osaka and my family too.

Although it is an island, it is connected to Hyogo prefecture opposite the other side by the world’s largest suspension bridge

(Akashi Ohashi bridge) and you can access by car.) 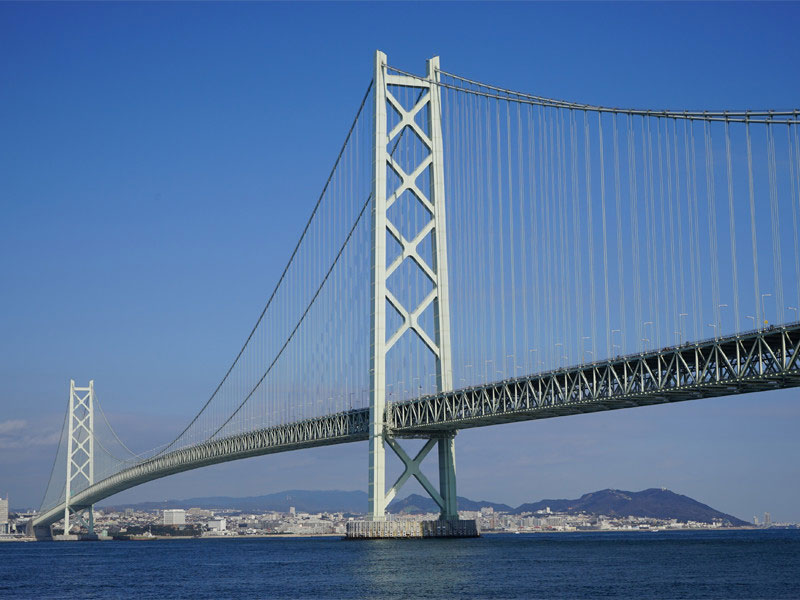 If it is a car around 150 km, it will take about 6 hours, but I can not recommend turning in a day with gourmet · hot spring(Onsen) · shopping …

That’s why there is something to do!

Even people living in the Kansai area will go up the Akashi Bridge and the tension will rise.

However, since there is no train running in Awajishima, access from Osaka by high-speed bus or rental car will be done.

Both of you can arrive from Osaka in a little over an hour.

Several buses are running, but the number of buses around 4 a day roundtrip from Osaka · Umeda everywhere

From the north side of the island, we stop at several bus stops, and the final arrives at Sumoto city with office in Awaji Island.

There are lots of gourmet and sightseeing spots in Sumoto City and its surroundings, but recommendation is still a rental cycle!

Then the road along the beach has many flat roads and bicycle movement is comfortable.

Access to the bus and another, the main way of access by people living in Kansai is a car.

Everyone traveling abroad will be required to rent a car. (Depending on your country of origin, an international driver’s license is required.)

The road in Japan is narrow overall, the traffic volume is high, and the movement of the city center is a fair train network is recommended, Awaji Island is likely to be a traffic jam on the highway, but the traffic volume in the island is also It is less environmentally friendly even for foreigners.

Awaji Island is divided into the northern part (Hyogo prefecture side), south part (Tokushima prefecture side), Chubu (Sumoto city etc.), but there is nothing downtown, relatively gourmet shops and sightseeing spots are dotted So, enjoying the scenery while traveling by car rental is definitely recommended!

As far as distance, it is just a good distance for a day drive from Osaka, so please do consider it by all means on one page of the trip!